Maharashtra Prohibition of Ragging Act 1999 which is in effect from 15th May 1999 has the following provisions for Action against Ragging.

NOTE: The orders issued by the Honourable Supreme Court / High Court/ Government regarding Prohibition of Ragging Act, will be made applicable as and when issued. The same shall be binding on all concerned. 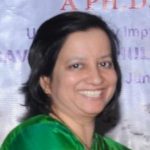 J.D.C. Bytco I.M.S.R. is an ISO 9001:2015 certified Nashik based Management Institute having 50 years of standing with a glorious past and a bright future. The Institution continuously strives to achieve excellence in all its endeavors.